The episode listings for some podcasts disappeared on the platform this morning. A mystery for the ages!

Just spotted this morning, on the tip of a reader: as of 10am ET this morning, there’s an Apple Podcast bug in which episodes for certain podcasts are no longer listed on the platform. This appears to be true for both iTunes’ desktop interface and the Apple Podcast mobile app.

Here are some screenshots of show pages for four podcasts, all within the Top 30 slots in the Apple Podcast charts: 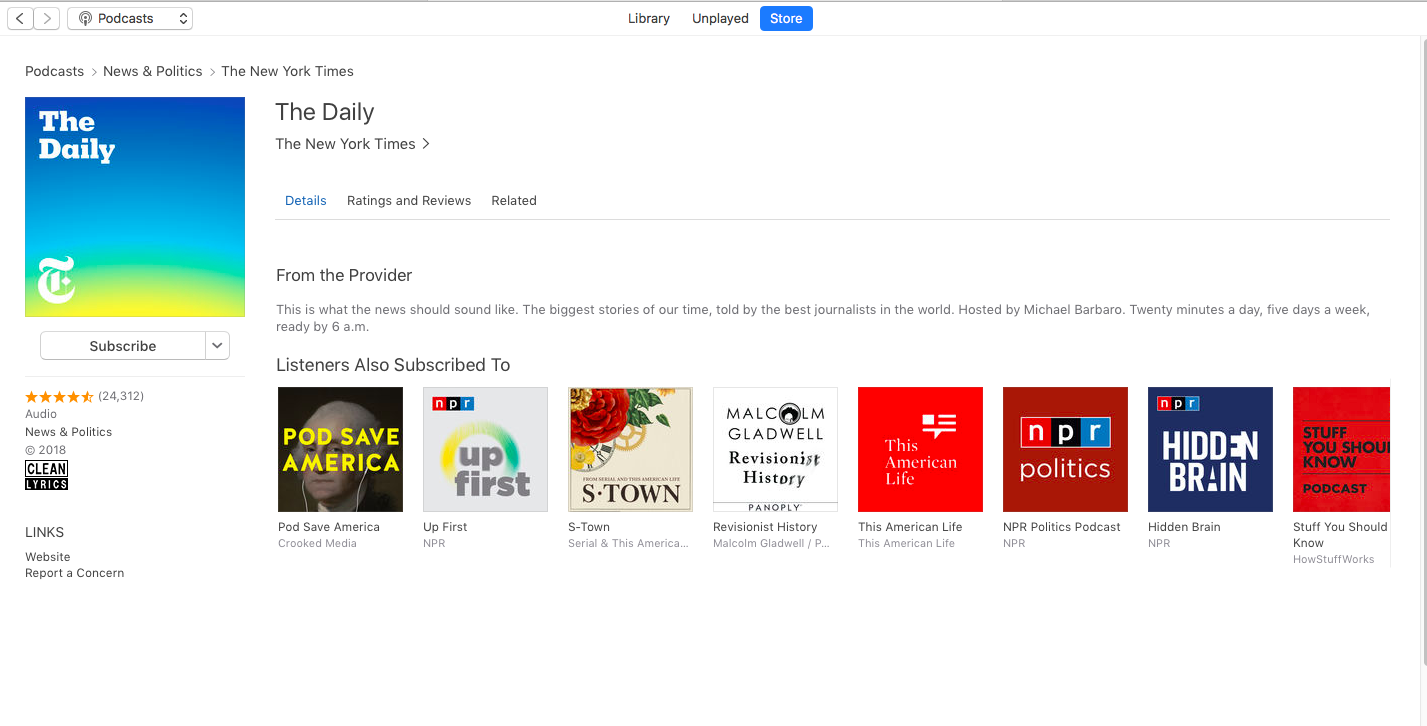 However, it appears the episodes are still accessible when you subscribe to them, or if you are already subscribed. Again, not all podcasts are affected by this — though it’s unclear what the common denominator is.

This probably isn’t a problem for many of the bigger podcasts affected by the bug, many of which have considerable numbers of existing subscribers who would go on with podcast life as usual. I’ve heard some arguments now that it might not be much of an issue at all: how many people make subscription or test decisions based on episode listings? (I think there are folks who do, but I’ve been hearing arguments in the other direction.)

However, the overarching concern isn’t with this specific bug, but with the broader framework of the problem: given Apple Podcast’s centrality to the industry and its persistent dominance in terms of driving listenership, one could imagine scenarios of significantly worse bugs that could really impact a huge chunk of podcast activity/dynamics. For the podcast community, the Apple Podcast platform is a key utility, like electricity and water to a town. When something goes down, the effects cascade, and it raises questions.

Anyway, I hear Apple is already aware of the situation, and are working on it.